AUSTIN, Texas – The business of Texas wineries, distilleries and craft breweries depends on visitors to their tastings and taprooms, so when the pandemic curtailed such gatherings, owners and managers had to get creative to survive.

Wineries turned to events such as virtual tastings; wine clubs put a focus on safe shipping when pickup parties had to be canceled. Craft breweries that didn’t already bottle or can their beer started doing so to get their product into grocery stores, while also being thankful for a 2019 Texas law allowing to-go beer sales from their taprooms.

Distilleries scheduled weddings, drive-in movies and other events at their facilities. As distilleries donated hand sanitizer to health providers and first responders, some also were able to sell the product to private industry.

When “bars and similar establishments” were required to be closed under Gov. Greg Abbott’s executive orders, some drinking establishments also sought reclassification as restaurants in order to remain open and follow the restaurant minimum standard health protocols. 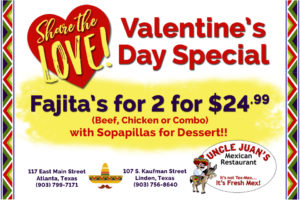 In October, the governor allowed tasting rooms at wineries, distilleries and breweries (along with bars) to open at 50 percent capacity if they are in an area with low COVID-19 case numbers or hospitalization rates and their county governments give the go-ahead.

His order generally requires people to be seated while drinking at traditional bars and restaurants, but it allows tasting rooms to offer samples to people standing in groups of a half-dozen or less, if there is at least six feet of social distancing or engineering controls, such as partitions, between groups. Outdoor capacity isn’t limited at these venues.

Even with the innovations, it has been tough going for many establishments.

“It’s been hard on Texas wineries financially, physically and mentally. Financially, we’ve heard some had 60 to 80 percent losses over the first few months,” says January Wiese, executive director of Texas Hill Country Wineries. “We are an industry that relies on face-to-face interactions (tasting!) with customers, so figuring out how to do that, still connect and sell wine was incredibly important.”

Wine clubs have been a big help, she says.

“Of course, they had to cancel pickup parties and figure out how to pack and ship safely, but having that income during those months was crucial to most wineries,” Wiese says. “Figuring out how to connect virtually with customers was a challenge for some at the beginning, but that has also been a big benefit to wineries (and consumers). When they couldn’t come to us, wineries took themselves to wine lovers across the country.”

Losses decreased as people began to go out more and some restrictions were eased, she adds. “Wineries have been pivoting, sometimes weekly, and trying to adjust their business plans to fit the new regulations so they could be open at some capacity.”

Wiese says she believes that virtual events and curbside pickup are here to stay, along with required reservations at wineries. Reservations currently are required to monitor capacity, she says, but eventually they also could be used “to give a better experience to guests.”

“I think this has changed the way people think and manage their businesses, and a number of wineries will operate much differently across their operation, from the vineyard to the tasting room, from now on,” she says. “As an industry, we’ve all learned to pivot from the old normal and adapt to the new in what seems like a split second, which has opened new doors for many wineries and associations. We’ve been able to connect on a different level with each other and customers across the world.”

Charles Vallhonrat, executive director of the Texas Craft Brewers Guild, says shutdowns were difficult because most Texas breweries are small and depend on taproom sales.

Many stayed in business thanks to a 2019 Texas law allowing customers to buy beer to-go at breweries, he says. Online ordering systems and curbside pickup were crucial.

“During the initial shutdown starting in March, craft beer fans rallied to support their favorite breweries and pivoted to buying beer to-go,” he says. “There was a collective sigh of relief from our members that beer-to-go had finally been legalized during the last legislative session.”

Without the 2019 law, “many breweries would have faced a situation with virtually no way to sell beer last spring,” he says.

“Unfortunately, now the industry faces a can shortage, so there are more adjustments to come,” Vallhonrat says.

Craft beer guilds and associations talk weekly about what is happening in their states, he says, adding that many other states have begun allowing breweries to ship beer directly to consumers on a temporary or permanent basis.

“We believe Texas would benefit by adopting similar provisions and allowing our small and unique breweries to ship directly to consumers like Texas wineries do,” he says.

Because draught beer is so important to the industry, “we won’t see a complete recovery” until people are comfortable going out to restaurants, bars and events “where draught beer flows,” he says.

“The hospitality sector needs support during the coming months and years,” Vallhonrat says. “However, there will always be a draw for people to get together with friends and family and share a beer, a meal and a story. We know that we’ll get back to where we were.”

Texas distilleries have been hit hard, says Mike Cameron, president of the Texas Distilled Spirits Association. Some tasting rooms have been closed since late June; others have been able to reopen or reconstitute themselves as restaurants.

A particular hurdle for distillers is a prohibition on selling more than two 750 mL bottles to the same individual in a 30-day period. Before the pandemic, hundreds of people visited distilleries’ tasting rooms each month and bought bottles, Cameron says, but that number has dwindled.

“Texas distillers have experienced a 60 percent loss of revenue since shelter-in-place, social distancing and capacity orders have limited tasting room sales,” he says. “The bottle limitation and the 30-day restriction make it impossible for distillers to generate significant sales from their distilleries.”

Texas’ relatively new distilling industry also is at a disadvantage because most don’t have an established brand, he says, and the pandemic has limited their ability to market products through tastings and events. Package-store sales of Texas spirits have sharply declined, he says, and third-party apps that allow people to order online are only offering a small percentage of Texas-produced spirits as an option, even when the products are available in the stores.

Distillers in the state estimate they have more than $10 million worth of bottle inventory sitting at distilleries, not providing income, Cameron says.

“Many of our newer craft distilleries are barely hanging on, and some Texas distilleries are currently up for sale,” he says. “We expect closures in 2021 if tourism continues to be affected by the pandemic.”

The “very limited silver lining” is that the pandemic “has shed light on the regulatory barriers that keep our industry from growing,” Cameron says. “While wineries were able to ship their products throughout the pandemic, distilleries were limited to curbside sales of only two bottles per 30 days per person.… Distillers and their customers are committed to making regulatory changes to ensure that small businesses will never have to endure these hardships again, and we encourage Texans to continue supporting local distilleries.”

Fiscal Notes: Despite Pandemic, Texans Get the Job Done