Senior running back Bruce Garrett and defensive end Landon Jackson led the 4A top-ranked Hawks past Paris, 22-16. Joining the two Hawks as players of the week is Hughes Springs running back Trayvon Kennedy, helped the Mustangs beat Hamshire-Fannett, 14-7.

Two Hawks are players of the week

Garrett is the Fox Sports Texarkana/Dewey Moore Ford Player of the Week. He scored on a 4-yard run with 3:32 left in the game to account for the decisive points. Garrett also scored in the first half, finishing the game with 129 yards on 20 carries. 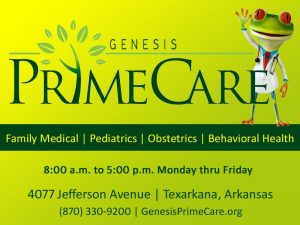 Jackson sacked the Paris quarterback in the final minute, and then pressured him into throwing a pass that was ruled intentional grounding to earn ESPN Texarkana/Dewey Moore Ford Player of the Week. The Hawks’ 6-6 defender finished his first game back from knee surgery with three sacks and seven tackles.

Kennedy scored both of Hughes Springs’ touchdowns and rushed for 149 yards on 16 carries to earn KPYN/Dewey Moore Ford Player of the Week.