Blake Swihart hit a walk-off home run on the first pitch of the bottom of the 9th inning to lift the Rangers to a 7-6 win over the White Sox in a back-and-forth affair on Saturday afternoon in Surprise. The two clubs combined for six home runs – three by each team – as Ronald Guzmán and Eli White both went deep for Texas in the 7th inning to tie the game at 6-6 before Swihart hit the winning run.

Texas jumped out to an early 1-0 lead in the opening frame on a Todd Frazier sacrifice fly, which was preceded by singles from Shin-Soo Choo and Elvis Andrus to begin the game. Frazier singled in his second at-bat and has now reached safely in each of his first 5 games this spring at 4-for-9. Andrus is 3-for-6 through 3 Cactus League contests. After Eloy Jiménez’s 2-run home run gave Chicago the lead in the 2nd, Nick Ciuffo delivered an RBI double to tie the game at 2-2. Ciuffo has gone 5-for-9 with a homer and two doubles this spring. 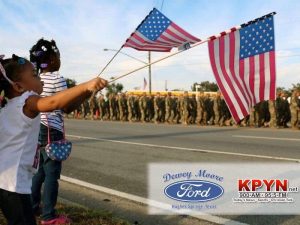 Luis Robert’s 4th-inning blast kept the White Sox in front until the 7th, when clouts by Guzmán and White put Texas back in the lead. Guzmán’s home run, which landed on the berm in center field, was his first of the spring. The Rangers again came from behind in the 8th, as Leody Taveras (RBI double) and Andy Ibáñez (go-ahead RBI single) drove in runs after Jaycob Brugman had given the White Sox a 6-4 advantage with a 3-run home run into the right field pavilion off Kyle Bird. On the pitching side, starter Jonathan Hernández’s 2 runs allowed in 2.0 innings came on the Jiménez homer. Luis García and Jimmy Herget each had a pair of strikeouts in their scoreless frames.

The Rangers travel to Glendale tomorrow for a 1:05 p.m. CT contest against the Los Angeles Dodgers. RHP Corey Kluber is set to make his Cactus League debut for Texas against Dodgers LHP Victor Gonzalez.