HOUSTON (AP) — Jose Altuve and George Springer both hit two-run homers to back up another solid start by Justin Verlander.

As the Houston Astros try to win the American League West for the fourth straight season they know they have to take care of business against teams in their division.

They continued to do that on Wednesday, getting a 4-2 win over the Oakland Athletics to improve to 9-2 against them this season and extend their lead in the division to 7½ games.

Houston bounced back after Tuesday’s 4-3 loss in 11 innings snapped a six-game winning streak to wrap up this homestand 5-1. 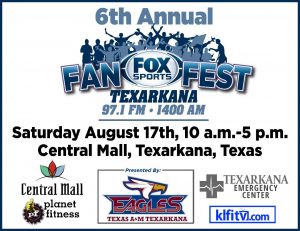 “It was a good homestand, especially against the A’s to come back after the tough loss and the tough start to the day early to give them a lead,” manager AJ Hinch said. “When you take care of your own division, things start looking a little better.”

Verlander (13-4) allowed two singles and one run, which was unearned, while striking out 11 in six innings for his third straight win as the Astros moved to 35-12 in their division.

Will Harris pitched a scoreless seventh and Ryan Pressly allowed one hit in a scoreless eighth after not pitching since Thursday because of a sore knee.

Roberto Osuna allowed two hits and a run in the ninth before striking out Chris Herrmann for his 23rd save.

“It’s disappointing because we didn’t come out winning the series,” he said. “But this stretch of the schedule, we can’t really get too down on ourselves. We’ve just got to grind through it because it’s a gauntlet we’re going through. Lick your wounds and get back at them tomorrow kind of thing.”

The Astros had trouble on defense early when Marcus Semien led off the game as he reached on an error by Alex Bregman on a bad throw to first base. Semien scored with one out when Matt Olson singled and reached second on an error by Josh Reddick in right field.

Bassitt was rolling early and retired the first seven batters he faced, striking out the first five, before Robinson Chirinos doubled with one out in the third. Springer’s two-strike home run came with two outs to put Houston up 2-1. Springer has 23 home runs in 71 games this season after hitting 22 in 140 games last year.

Verlander had sat down nine straight when he walked Jurickson Profar with two outs in the fifth. Profar stole second base, but was left stranded when Verlander struck out Semien to end the inning.

Bassitt plunked Chirinos on the hand to start Houston’s fifth before Altuve homered to straightaway center field with two outs to extend the lead to 4-1.

Mark Canha singled off Verlander with two outs in the sixth before he struck out Ramon Laureano to end the inning and his day.

Altuve looks to be returning to form after sitting out from May 10-June 19 with leg soreness. He had three hits on Wednesday for his sixth multi-hit game in the past eight. He’s raised his batting average to .287 after dipping to .236 with a 0 for 4 game in his return from the injured list on June 19.

Astros: SS Carlos Correa (fractured rib) will wrap up a rehabilitation assignment at Triple-A Round Rock on Wednesday and is expected to be activated from the 60-day injured list on Friday.

Athletics: LHP Brett Anderson (9-5, 3.82 ERA) will start for Oakland in the opener of a four-game series against Texas on Thursday night. Anderson is 2-0 with a 2.36 ERA in his past four starts.

Astros: Houston is off on Thursday before opening a three-game interleague series at St. Louis on Friday night. Jose Urquidy (1-0, 5.54) will start in the opener after allowing two hits and one run in seven innings for his first major league win on Saturday against Texas.