The subject of the meeting will be Elliott’s involvement in an incident in Las Vegas in May.

For 2nd time in a little over 2 years, Ezekiel Elliott has been summoned to NY to discuss his behavior w/ commissioner Roger Goodell, a source confirms. Tuesday’s meeting involves May episode in Las Vegas when RB was cuffed & briefly detained _ no charges filed _ during a concert

Running back Ezekiel Elliott is meeting with NFL Commissioner Roger Goodell tomorrow, to discuss the incident in Las Vegas in May, #Cowboys front office source confirms.

Elliott previously served a six-game suspension in 2017 surrounding his involvement in a domestic violence allegation from 2016 prior to his first training camp with the Cowboys. In a letter to Elliott from Goodell, it was written that the suspension would factor into other incidents Elliott got involved in. 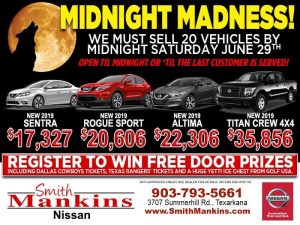 There were no charges filed nor any arrests made in the incident from Las Vegas in May. However, the power given to the commissioner in the 2011 collective bargaining agreement means that law enforcement or judicial rulings aren’t exactly relevant to whatever Goodell wants to rule. In other words, the NFL commissioner is judge, jury, and executioner when it comes to handing out player punishments.

If the Cowboys were to lose Elliott for any measure of time, it could prove problematic for the reigning NFC East champions. In 2017, the Cowboys were 5-3 at the start of Elliott’s suspension, and they went 3-3 in his absence. While the Cowboys were 8-6 and needed to win out to make the playoffs, they were in no position to contend with the Philadelphia Eagles for the division title, let alone a first-round playoff bye, the likes of which the club earned in 2016.

Dallas has rookie Tony Pollard behind Elliott, but the offense is built so much around the run game that it needs more than a rookie from Memphis to make it go.

If a suspension were to arise, it would also affect Elliott’s bargaining position with the Cowboys. The former 2016 first-round pick’s contract expires at the end of the 2019 season, but the Cowboys could exercise a fifth-year option and kick the can down the road to 2020.