ATLANTA, Texas – Daniel Hernandez added to Liberty-Eylau’s frustration on the gridiron Friday night at Rabbit Stadium on Hall of Fame Night. Atlanta’s sophomore place-kicker celebrated with his teammates after his 42-yard field goal hit the crossbar, and bounced over on the final play of the game to give the Rabbs a 41-38 victory.

The frustration could have easily been on Atlanta’s side of the field. The Rabbs saw a 25-point advantage (38-13) in the final 15 minutes disappear. It appeared the Leopards would get their first win of 2019 until an extra point sailed wide right with 38 seconds left in the game. 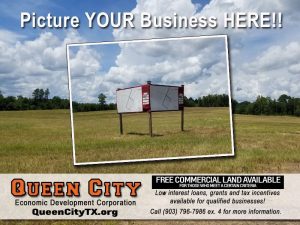 Even then it appeared the game was destined for overtime until a targeting foul on the Leopards, and an illegal procedure penalty on the L-E defense put Hernandez in range for his three-pointer.

“This game lived up to the billing; you didn’t want to miss this game,” said Atlanta coach Matt McClure. “Coach (Klint) King is doing a good job. I talked to L-E’s quarterback (Shannon Roy) and some other players after the game, and told them to keep working and fighting. They’re going to be fine.

“I thought our kids played hard, and fought despite a rash of injuries. I didn’t want to go to overtime because we had so many kids burned up. We had players who hadn’t played much step up tonight. There were kids going both ways, and we don’t do that much. It was really a great effort on our part.”

Atlanta (2-2) needed only 2:06 after the opening kickoff to light up the scoreboard. Senior quarterback Kade Wood ran for 20 yards, eventually throwing a 26-yard touchdown pass to J.J. Fields.

The Rabbs built a 21-7 cushion on second quarter touchdowns by Caleb Hamilton and Wood. Another touchdown pass from Roy to White made it 21-13. After a face mask penalty kept an Atlanta drive alive, Hernandez kicked a 32-yard field goal on the final play of the first half. Atlanta outgained the Leopards 215 to 174 in the first half, but that changed in the final two quarters.

A 25-yard touchdown run by Hamilton early in the third quarter made it 31-13. Fields then eluded several L-E defender on a short pass and went 59 yards for his second TD.

L-E (0-4) answered the Rabbs’ final touchdown on a 20-yard scoring pass from Roy to senior Malik Watson. Junior Damian Henderson scored on a short run at the start of the fourth quarter, and Watson hauled in Roy’s fourth touchdown pass with 2:58 remaining in the game.

The Leopards’ defense then forced a punt, and Semaj Rose returned the kick 60 yards to the Atlanta 6. Two plays later Roy plunged over from a yard to tie the score.

“I was really proud of how our kids kept fighting,” said King. “We continue to shoot ourselves in the foot, but I was proud of how the defense responded in the fourth quarter. I really believe we turned a corner tonight.”

Liberty-Eylau piled up nearly 300 yards in the second half to finish with 339 on the ground, and 130 via the airways. The Rabbs ran for 244 yards, passing for another 115. Henderson led all runners with 139 yards on 17 carries, while teammate White rushed for 117 yards on seven carries, while catching three passes for 62 yards.