The old adage “Bulldog Pride Never Dies” showed up Friday night at Smith Wall Stadium. As the Queen City community celebrated the Senior of 2023, the Bulldog football team pulled together in the fourth quarter and overcame a 34-12 deficit to take the win 42-36 in overtime.

New Diana (ND) took the first offensive play of the game with a handoff-pass trick play to go 37 yards as ND RB/WR Jaiden Williams would hit RB/WR Omari Jones down the sideline to take an early 7 – 0 ND lead.

After both teams would trade punts, Queen City (QC) would get on the board with a 6-play 74-yard drive finalized by QC RB Delvon Federick scampering 32-yards to hit pay dirt. The XP run would be no good and ND would hold the lead at 7-6. 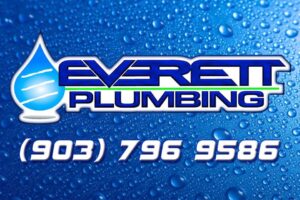 ND K Valdo Gomez would extend the lead on the ensuing drive with a 48-yard field goal capping off a 7-play 27-yard drive to push the lead 10-6. QC answered right back following up with an 11 play 67-yard drive as QR WR Kaden Fincher would get to the inside of the pylon from 5-yards out to give QC its first lead of the evening at 12-10.

At this point, momentum in the game would be all New Diana until fourth quarter as the Eagles would take the lead right back with an 8 play 63-yard drive as ND QB Brayson Birdsong would call his own number and get to the endzone form 3 yards out to make the score 17-12. A QC three and out would allow the Eagles to have the ball at their own 40-yard line on the next drive. ND RB Davyon Mapps would advance the score to 24-12 as he would run 34-yards for a touchdown ending the 3 play 60-yard drive. ND K Gomez would end the half by missing a 52-yard field goal that would have implications later….

QC would turnover the second half kickoff as ND K Gomez would place a picture-perfect kick down the right sideline and teammate WR Jaiyden Johnson would run under and catch with little opposition. ND would not benefit from the turnover per se, but the momentum swing at that point was all Eagles as QC would have a three out on the next possession. ND would capitalize with a four play 43-yard drive as ND RB Jones would run from 2-yards out and push the score to 31-12. A QC fumble the next drive would hand the pigskin back to Eagles on the ND 19. The ‘Dawg defense would bend, but only give up a ND K Gomez 34-yard field goal to end third quarter scoring at 34-12.

That’s when the fireworks began…

QC would start the fourth with the ball on the ND 47. QC QB Clint Wiley would end the 5 play 50-yard drive from 5 yards for the TD and QC RB Federick would add the XP run cutting the lead to 34-20. The ‘Dawg defense came up big once again and forced the Eagles to punt on the next possession. New Diana would punt the ball and would be called for an Unsportsmanlike Conduct penalty as the punt hit the grass and a ND defender would kick the ball out of bounds as it was rolling in Queen City’s favor. QC would start 1st and 10 from the QC 43. QC RB Jason Joffray would rush for 16-yards, and a couple of QC QB Wiley passes to QC WR Fincher and QC RB Federick would have the Bulldogs on the ND 13-yard line where QC Wiley would rush for the TD. QC QB Wiley would add 2 points on the extra point rush attempt and the score would be 34-28 New Diana.

New Diana would take the possession and methodically run the clock down while advancing the ball to the QC 21. ND K Gomez would have his 30-yard FG attempt blocked by QC, and the Bulldogs would take over at the QC 29. QC would be unable to gain a first down on the next series and would have a turnover on downs giving the ND the ball back on the QC 26-yard line.

When it seemed things were getting bleak, ND QB Birdsong would rush of the right side of the offensive line and get injured on the next play. Backup ND QB Jaiden Williams (who already had 1 TD pass on the game) would take the next snap. The middle screen play developed and QC DE Mason Stringer would drop back and intercept the pass. After a whole lot of effort on both teams, Stringer would be standing in the endzone with 77-yard interception return for a touchdown. The 2-point run by QC RB Delvon Federick would be no good and the score would now be tied at 34-34.

On the next ND drive, the Eagles would be facing a fourth and 20 from their own 20-yard line. The punt snap would sail over ND K Gomez’s head and roll out of the endzone giving QC the 36-34 lead with 1:32 remaining in the game. QC would get the ball on the safety kickoff and start the drive from the QC 15. The Bulldogs offense were unable to get the needed 10 yards for a first down and QC would have to punt with :15 showing on the clock. QC QB Wiley would be able to field the low snap on the punt, but the pressure from Eagles would sack him in the endzone for a ND safety with :08 seconds left. At this point the score would be 36-36.

New Diana would simply concede the next two plays and head into overtime.

Queen City would take possession first and on third and 10, QC QB Wiley would find QB WR Fincher on a crossing route that would net 17-yards and a first down. Two plays later, QC QB Wiley would find his safety valve QB RB Federick in the flat. Federick and the collision with a ND defender would send shockwaves through Smith-Wall Stadium as Federick would spin off the tackle attempt and get into the endzone. QC RB Federick would be unable to add 2 points on the try and the score would be 42-36 QC.

New Diana would get their chance however and ND RB Jones would lose 1-yard on first down. The ‘Dawgs dialed up the pressure on ND QB Williams and would force the young QB into an intentional grounding penalty. With the Eagles staring at a 3rd and 21 from the QC 41-yard line, ND QB Williams would roll out to his left and heave the ball downfield where QB LB Federick would intercept the pass and secure the Bulldog win.

Queen City would finish the season at 4-6.

Delvon Federick had 3 catches for 45 yards and 1 TD

Brayson Birdsong was 8 for 20 passing for 165 yards

Jaiydyn Johnson had 5 catches for 153 yards