Mount Vernon bats and pitching lead the way as the Lady Tigers combined for 13 hits as Mount Vernon takes game 1 of a regional semi-final softball series in Mount Pleasant. the final score was Mount Pleasant 9, Queen City one.  Mount Veron’s pitcher Alexa Taylor commanded the pitchers circle only allowing 3 QC hits and striking out 5 in an unofficial 62 pitches.

MV SS Summer Rodgers led all batters at the plate and put MV on the scoreboard early as she took the first pitch from QC P Trinity Oden and proceeded to drive it over the left center field fence in the top of the first. MV CF Natalie Norwood led the game off and reached first with a bunt infield single. MV LF Cameron Pope walked in the next at bat to put runners at first and second when Rodgers cleared the bases to make the score MV 3 and QC 0.

QC CF Serenity Oden had something to say about it in the bottom of the first, as took tattooed a MV Taylor 2-2 pitch to deep left center and made the game close 3-1 Mount Vernon.

Mount Vernon scoring continued in the 4th inning as MV 2B Newsome singled to begin the inning. MV DP Pacey Ford reached first on an error putting runners on 1st and 2nd with 0 out. MV CF Norwood then hit into a 1-5 fielder’s choice to keep runners at 1st and 2nd with 1 out. MV SS Rogers gets her third hit of the game doubling to center field and racking up 2 more rbi’s to make the score at this point 8-1. Rogers would finish the game 3 for 4 with a home run, 2 two doubles and 6 RBI’s. 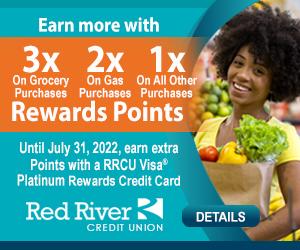 MV Scoring would end in the top of the 6th as MV DP Ford would reach first with a single to center field. MV CF Norwood would bunt Ford to second and proceed to beat the throw to 1st base. MV SS Rogers would get her second double of the evening and score Ford from second.

MV P Alexa Taylor would limit the Lady Dawg bats to three total hits for the game and didn’t walk a single QC batter. The QC CF S. Oden HR in the first and singles by QC 2B Brenna Turbeville and QC DP/LF Kelsey Nash in the 3rd and 5th innings respectively.

QC P Trinity Oden would allow 9 runs on 13 hits while walking 2 and striking out 2.

Game two of the 3-game series between Queen City and Mount Pleasant is tonight (Thursday) at 6:30 p.m. The game will be broadcast live on Caddo Country 105.3 FM.

Rabbits Down Bulldogs 12-2 at Rabbit Field 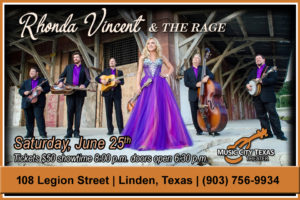