MCLEOD, TX — A car crash in Sevier County, claimed the life of a McLeod ISD teacher, her husband, daughter and injured two others, Arkansas State Police and McLeod ISD said.

According to the Arkansas State Police, 25-year-old Justin Williams from Taylor, Tx., was driving a Dodge Ram truck north on Arkansas 41 in De Queen Saturday around 4:20 p.m. when he crossed the center-line, striking the front of a Buick Enclave SUV.

McLeod Teach was driving when her vehicle was struck

Police said that Jessica Baig is from Horatio, Ark., and she was driving. Her husband Mirza and the children who were passengers are also from Horatio. The 3 members of the Baig family killed in the accident were  pronounced dead at the scene by coroner Jeff Marshall at 5:05 p.m., according to the crash report. 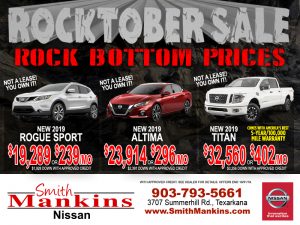 Williams was taken to Arkansas Children’s Hospital to treat his injuries.

“Please continue to lift Jessica Baig’s family and her surviving daughter in your thoughts and prayers,” May said.