Linden-Kildare climbed into the driver’s seat Thursday night after the Tigers beat District 17-2A rival James Bowie in 12 innings, 6-5.

It was a game of missed opportunities for both teams, until the Tigers scored in the bottom of the 12th on a walk-off wild pitch.

“Both teams definitely had opportunities to win this game,” said L-K coach John Roberts. “Unfortunately, you almost knew it was going to come down to a mistake.

“What you saw tonight was two teams that didn’t play as clean as they wanted to, but you saw two teams playing their guts out. Right now, you take W’s anyway you can get them, even if it’s ugly. It doesn’t many anything if we don’t finish Friday.”

James Bowie (18-5) appeared in good shape with a 5-2 lead and ace Evan Barron on the mound in the bottom of the fifth. Barron walked the first two batters he faced in the fifth, yielding a two-run triple to Jacob Owen. Barron escaped further trouble with a strikeout and ground ball.

Barron retired the first two batters he faced in the bottom of the seventh. He was one strike away from victory, but an infield error kept L-K alive. The Pirates’ hard-throwing pitcher also ran out of eligibility after throwing 112 pitches. Cason Braley took over on the mound, the Tigers tying the score on another James Bowie error.

“Barron threw a lot more pitches tonight than he usually throw,” said Roberts. “He was a little erractic in the zone, but when he needed to throw it past us he did.

“If the series goes three games you’ll see both teams struggling to find people to put on the mound. It’ll probably be guys who throw tonight. They’ll just have to throw whatever they’ve got left. Nobody wants to go home at this point. There’s not a loser at this point. You’re just disappointed if you come up short. 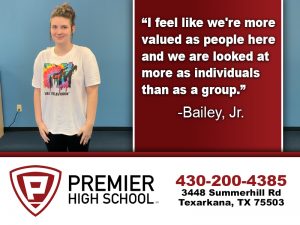 Johnson wins in relief for Linden-Kildare

Braley pitched well in the eighth and ninth, the Tigers loading the bases in the 10th with nobody out. The crafty Pirate pitcher struck out the next three batters, duplicating what winning pitcher Mason Johnson did in the top half of the 10th.

The Pirates scored first in the game after a leadoff single by Tyler Crabtree in the third. After a sacrifice bunt, Braley was hit by a pitch, one of 10 hit batters in the game by the two teams. Dalton McBride walked to load the bases, and Barron delivered a two-run single.

L-K (19-8) answered with two runs of its own in the third. Colt Neville walked, and Trent Wert was hit by a pitch. Chase Bynum singled to center, and Neville trotted home when Dalton Alford walked. Wert scored on a 4-6-3 double play.

Both teams could be short on pitching if the series goes three games Friday. While Barron is out of eligibility, so is L-K’s Caleb Cunningham, who pitched brilliantly in relief.

Whitt Rogers will start for James Bowie Friday, with Jacob Owen to