The Linden-Kildare Tigers defeated the Detroit Tigers on the road in a Monday Night Texas High School football game. The Tigers won 34-28 and with the win the Tigers clinched a playoff spot.
The game was originally scheduled for past Friday. However, the game had to be suspended due to lightning delays with 5:27 left to play in the first quarter. .

Linden-Kildare had to comeback for the win

The Tigers fell behind 14-0 to nothing  in the fist quarter. They were able to  fight back and tie the game 14-14 at halftime.
LK led by Jr quarterback Ja’Kyrik Nard built up a 28-14 lead heading into the fourth quarter and held on to win 34-28.
Nard had 178 yards rushing and 110 passing also threw for 1-TD and scored another on a 48 yard run. Nard was named the KPYN-Lisa Hale Century 21 Platinum Partners Player of the game. 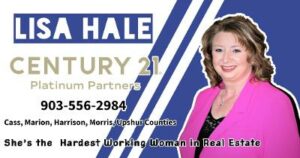 The Tigers will finish the regular season at home against Maud Saturday at 2:00pm. The game will be broadcast live on KPYN,net and the Radio Streaming Now APP and rebroadcast on the radio at a date and time to be announced.