LINDEN, Texas – Cass County Criminal District Attorney Courtney Shelton said in a Press Conference on Monday that on October 18, 2019, an arrest warrant was obtained by the Atlanta Police Department for Bobby Ray Denton, for the offense of Criminal Mischief over $300,000, a first degree felony. 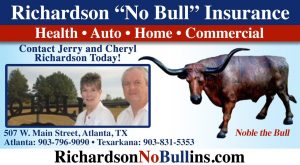 On October 17, 2019 at 8:34 a.m., Atlanta Fire Department was dispatched to a structure fire located at 114 East Hiram Street in downtown Atlanta. Upon arrival, the fire department observed smoke coming from the front exterior of the building and penetrating outward. Upon entry, the back of the building was fully engulfed in flames. While on scene, officers with the Atlanta Police Department quickly began investigating in an effort to determine if anyone had information relating to the fire, and a witness came forward who had been with Bobby Denton in the early morning hours before the fire. This witness verified that he and Bobby Denton had been in the alleyway next to East Texas Tumblers and had pushed the side door open.  Denton told him they could go inside but the witness walked away. Surveillance videos confirm  the witness’s account of the time and whereabouts. The witness told investigators with ATF and Atlanta Police Department that Denton told him there were other vacant buildings in the area where they could go set fires to stay warm. He identified at least two buildings. Small fires in those buildings have been confirmed. From 3:00 – 7:00 a.m., Denton was asleep on the bench outside of the Atlanta Police Department. Around 7:00 a.m., Denton left the Police Department and headed south towards Hiram Street. Surveillance video places Denton in the downtown area alone, around 7:30 a.m.

The case is still under investigation, and authorities are continuing to gather evidence. For the safety of the public, and based on the information received, video surveillence, and other evidence received, there was sufficient evidence to affect an arrest on Bobby Ray Denton, and he currently remains in the Cass County Jail.

You can listen to Cass County Criminal District Attorney Courtney Shelton statement to the press here: 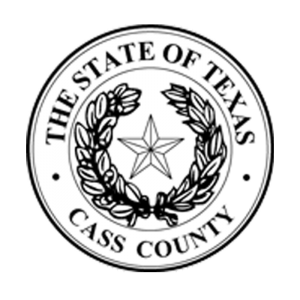 Cass County Criminal District Attorney Courtney Shelton is the chief prosecutor for Cass County, Texas.  The role of the District Attorney is to investigate alleged crimes in cooperation with law enforcement, and file criminal charges or bringing evidence before the Grand Jury.