A Cass County Texas Prison Escapee has been captured in Caddo Parish, Louisiana.

Sheriff Rowe said Sprayberry was in the company of a white female. Sheriff Rowe also said that Spraberry was driving a stolen Cadillac SUV that was allegedly taken from an unoccupied residents off Hwy 8, between Linden, Texas and Red Hill, Texas.

Escapee was transported to Caddo Parish where he awaits extradition

Spraberry was  transported to Caddo Parish correctional facility where he will await extradition back to Texas.
Sheriff Rowe said that Spraberry is being charged with Felony Escape, Burglary, Theft of Property and Assault on a Public Servant. He also said that the female that accompanied him will have charges, pending investigation. 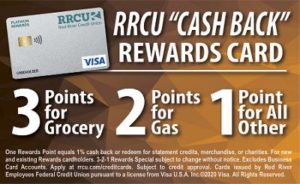 “Cass County Sheriff’s Office would like to thank all agencies that were involved in the quick apprehension of Charles Spraberry,” Cass County Sheriff Larry Rowe said.
Sprayberry is a murder suspect in a case involving the alleged killing two people whose charred remains were discovered on March 13th in Cass County, investigators said. He was arrested in Louisiana several days after the victims bodies were found, police said.

Cass County Judge Travis Ransom told a television station that  Spraberry was able to break out after assaulting a jailer with a handmade knife. The jailer suffered minor injuries in the assault, according to Ransom.

Spraberry allegedly “jumped a male jailer and made his way to the booking area located at the front of the jail. Spraberry then forced a female jailer to open the door to the outside, and then he ran outside the jail,” CCSO said in a statement.