ATLANTA, Texas — Dylan Spears and Will Woodruff each had three strikeouts, and the Atlanta Rabbits outlasted the De Kalb Bears Friday on Senior Night.

Nick Burden was also on the mound for the Rabbs for 1.0 inning, giving up a walk and striking out one.

Atlanta scored its first run of the game on a stolen base in the second inning. 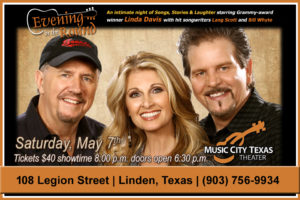 “This was a game we needed to keep ourselves in the playoff hunt,” coach Dave Hooten said. “It was a big night for our seven Seniors being that it was Senior night. This has been a good group for us and to win for them on this night was great. We still have things to workout offensively and defensively, but I am really proud of the kids playing hard and giving ourselves a chance to get into the post season.”

Cooper McClure was 0-2 with a run scored and three walks.

Ty Graf was 2-2 with a run scored along with an RBI and a walk.

Dax Ebarb was 2-2 with two RBI, two walks, and a run scored.

Atlanta will host New Boston Tuesday at 7:00 p.m. on KPYN.