Atlanta opened their 2022 district season with a dominating 42-7 win at Sabine Friday.

Rabbits sophomore quarterback Peyton Harrison continued to excel with his field general skills. Harrison completed 8-of -16 for 197 yards and 3 touchdowns.

Defensively, Atlanta dominated the Cardinals. One of the Rabbits biggest defensive highlights was an interception returned for a touchdown by senior Marquavion Owens. 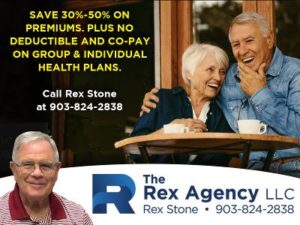 “They (Rabbits) executed the game plan in all 3 phases at a high level,” Tyler Morton, Rabbit’s head coach said. “They earned the win because of the way they practiced the last 2 weeks.

Coach Morton said he’s proud of his staff and players.

Atlanta will play Jefferson at home next Friday. Kickoff at Rabbit Stadium will be at 7 p.m. Jefferson is also 1-0 in district after their win Friday (42-13) over White Oak.

The Rabbits vs Jefferson football game will be broadcasted live on KPYN 900 AM and 103.9 FM in Atlanta, Texas.