TORONTO (AP) — Kolby Allard pitched 5 2/3 innings to win for the first time with Texas, Elvis Andrus had four hits and two RBIs and the Rangers beat the Toronto Blue Jays 7-3 Wednesday to avoid a three-game sweep.

Nomar Mazara and Danny Santana hit solo home runs as the Rangers wrapped up a three-city trip by scoring more than five runs for the first time in that stretch of road games. The Rangers went 3-6 against Cleveland, Milwaukee, and Toronto, winning once against each opponent.

Texas came in with two hits in its previous 40 at-bats with runners in scoring position, then went 4 for 12 in such situations Wednesday.

Making his second start for the Rangers after being acquired from Atlanta last month, Allard (1-0) allowed three runs and four hits. The 22-year-old left-hander walked three and struck out five. 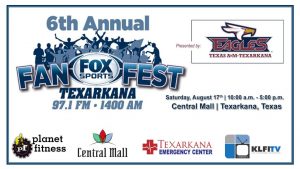 Delino DeShields opened the scoring with an RBI single in the second and the Rangers added on with a three-run fourth. Santana chased Blue Jays right-hander Sean Reid-Foley with a two-run double and Andrus greeted left-hander Buddy Boshers with an RBI single.

Randal Grichuk tripled and scored on a grounder in the bottom half but Andrus made it 5-1 with an RBI double off Zack Godley in the sixth.

Allard left with runners at first and third and two outs in the bottom half. Teoscar Hernández scored when right-hander Emmanuel Clase’s first pitch skipped to the backstop, and Danny Jansen cut it to 5-3 with an RBI single.

Mazara homered off right-hander Neil Ramirez to begin the seventh, his 17th, and Santana made it 7-3 with a two-out solo drive off Ramirez in the eighth, his 19th.

Clase got one out, Rafael Montero struck out four over two perfect innings and José Leclerc pitched around a walk to strike out the side in the ninth.

Blue Jays: RHP Clay Buchholz (right shoulder) made his second rehab start with Toronto’s Gulf Coast League team Tuesday. Buchholz allowed one run and one hit, a home run, in three innings. He walked none and struck out four.

Rangers: Texas returns home Thursday to begin a four-game series against Minnesota. RHP Pedro Payano (1-1, 3.86 ERA) starts the opener for the Rangers. The Twins have not named a starter.

Blue Jays: Toronto is off Thursday. Neither the Blue Jays nor the Mariners have named a starter for Friday, when the teams begin a three-game series north of the border.